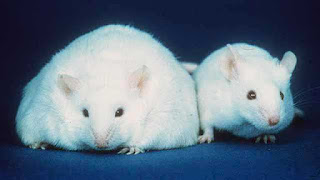 Obesity is known to cause chronic inflammation in the body so researchers turned to a common inflammatory molecule called TNF-alpha. Mice specifically bred to not have TNF-alpha were fed a high fat diet, became obese but did not loose taste buds. When TNF-alpha was injected into the tongues of lean mice, the mice lost taste buds. From their data the researchers concluded that inflammation caused by obesity increases the loss of taste buds. They theorize that people who become obese continue to do so because they have to keep eating higher fat foods to be satisfied. This study is interesting because it shows how important of a role inflammation plays in obesity. Hopefully this research can used to help others achieve and maintain a healthy weight.
https://www.nytimes.com/aponline/2018/03/20/health/ap-us-med-obesity-taste.html
https://www.webmd.com/rheumatoid-arthritis/how-does-tnf-cause-inflammation#1
Posted by Unknown at 6:18 PM