Can Coffee Improve Your Workout? 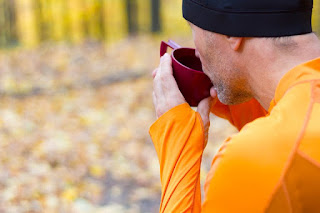 Recently, a study conducted by the University of Toronto in Canada looked into drinking coffee and its effects on an athletes performance. Coffee is the main source of caffeine for millions of peoples diet and can cause a variety of effects depending on the individual. Some people may be shaky and awake after consumption while others, report no change in awareness, shakes or jitters.  Researchers found that the gene that metabolizes caffeine is the CYP1A2 gene and depending if you have one or two copies of this gene, determines how fast your body can break down this drug. The study looked at 100 healthy young male athletes and required each individual to pedal a stationary bicycle for 10km as quickly as possible. It was shown that those with two copies of the CYP1A2 gene, considered fast metabolizers, had increased performance after consuming large amounts of caffeine while those with one copy of the CYP1A2, moderate metabolizers, showed almost no change in performance. However, those who are considered slow metabolizers of caffeine, who have no copies of CYP1A2, showed the biggest increase in physical performance during this study. This study may show a link to caffeine and performance but researchers stated in the article that there is no way that this study can conclude that caffeine does in fact increase an athletes performance.