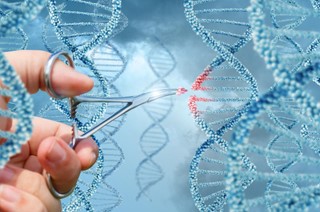 There is recent study on gene editing, it is going to be an intense debate in upcoming days. The crucial point of Gene editing is to prevent or treat the devastating genetic disease, which gives hopes to millions of people around the world. On the other side, technology might unlock the path to design our future children. Enhancing their genome by choosing desirable traits such as height, eye color, and intelligence. The variation of DNA sequences in living cells are called Gene editing. So, mutations can be added or genes can be substituted in cells or organisms. CRISPR/Cas9 allows to target specific positions in the genome with much more precision than previous techniques. This process allows a faulty gene to be replaced with a non-faulty copy, making this technology attractive to those looking to cure genetic diseases. The debate on the gene editing is ethical and gets off the ground. The germline gene editing affects both the individual receiving the treatment and their future children. Germline gene editing is when gene editing is used in embryos or earlier, on the sperm or egg of carriers of genetic mutations. This is the main point of game changer as it implies that the genetic makeup of entire generation may be changed on a permanent basis.
Dietram Scheufele, a professor of science communication at the University of Wisconsin-Madison and his colleagues surveyed 1,600 people about their attitudes toward gene editing. "Among those reporting low religious guidance," explains Prof. Scheufele, "a large majority (75 percent) express at least some support for treatment applications, and a considerable proportion (45 percent) do so for enhancement applications” (Martin). The results of the survey also conclude that 77.8% of defendants supported the hypothetical use of germline gene editing for therapeutic purposes 73.5% were in favor of using the technology, whereas 78.2% supported germline editing in cases where a disease would be fatal in childhood. While fetal testing now allows parents to choose to abort fetuses carrying certain disease traits in many places across the world, gene editing could create an expectation that parents should actively select the best traits for their children. 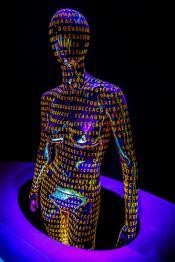 Unequal access and cultural differences affecting agreement, could create large differences in relative incidence of a given condition by region, ethnic group, or socioeconomic status. They care Genetic diseases, an universal common denominator, could instead become an relic for class, geographic location and their culture. Hence, the ASHG conclude that at present, it is unethical to perform germline gene editing that would lead to the birth of an individual. But research into the safety and efficacy of gene editing techniques, as well as into the effects of gene editing, should continue, providing such research adheres to local laws and policies. Prof Ormond thinks there are some gaps, but clearly knowledge and levels of religiosity impact the people. We need to educate the community so that they have a realistic sense of what gene editing can and cannot do. Measuring attitudes is difficult to do when people don't understand a technology.