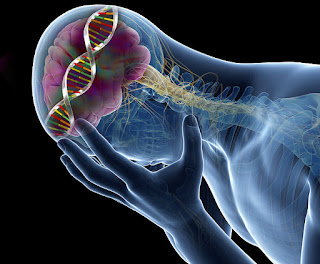 Without a doubt, genetic research is always improving. With time, finding where certain diseases originate on the genome will be relatively easy. However, mental illnesses are not caused by a single or couple different abnormalities decoded on the human genome. There is still constant question of the origin mental illnesses when discussing genetics. Although there are many things we do not now, genetic research has allowed us to know some things about mental illness such as depression and its relationship to its genes. For example, the article discusses an example where twins are more likely to be depressed if the other twin is depressed, compared to two siblings who are not twins (not as similar of a genome). If a person does not have depression in the family, the likely assumption is that stress has caused the depression.


I chose this article because I am very interested in mental health and its genetic background to mental illnesses. Although there is not much to know, there is a lot to learn about the genetic relationship between depression in people. In the article, Dr. Krystal explains "The genetics of depression are very hard to study." Time will allow us to find about more about the genetic connection.

Posted by Marissa Molitores at 12:31 PM