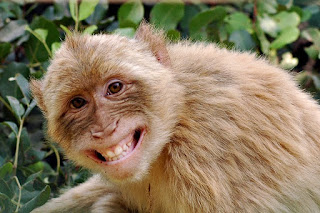 CRISPR has allowed scientists to move forward with great advances in gene editing in various species other than the commonly used mice. Such is the case of a study led by Michigan State University who have shown the effectiveness of gene editing in Rhesus monkey embryos using CRISPR/Cas9 technology. This is the first time this has been demonstrated in the U.S. This work is so important because mice are the usual model but they are not as ideal because their anatomy and physiology are so different from ours. However, a monkey would react more similarly to humans in regards to improved health and symptoms. Nonhuman primates are perfect models for diseases such as dementia, Alzheimer's or autism and would be favorable for looking at outcomes of surgical procedures, and implants. A big problem presented by the study is the cost of raising nonhuman primates because it can cost around $15,000 which of course is an enormous difference compared to rats. Nonetheless, the high-efficiency of gene editing they are now able to preform makes it worth it. I think this is a great step forward for gene editing and it's efficiency but I try not think about what is done to the monkey's for these scientific advances.

https://www.neb.com/tools-and-resources/feature-articles/crispr-cas9-and-targeted-genome-editing-a-new-era-in-molecular-biology  : For more information on CRISPR/Cas9 and genome editing.