The Genes That Affect Spawning Season In Herring 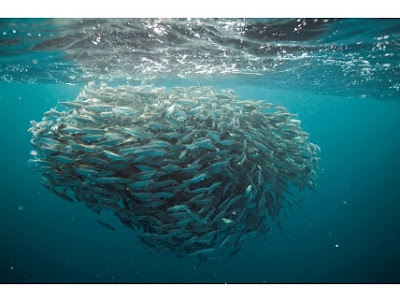 Researchers from Uppsala University, Stockholm University and Dalhousie University have been conducting a study comparing spring and autumn spawning in Atlantic herring from the east and west side of the North Atlantic to explore genetic factors affecting which time of year the herrings spawn. It is of course crucial for all animals to reproduce at the time of year that provides their offspring with the most resources and best chances for survival. Their study compares 25 herring populations to look at the different genes associated with the timing of their reproduction. They found that the gene variants associated with autumn or spring spawning were shared between populations on both sides of the Atlantic. Since both sides were so genetically similar they presume there is great gene flow between the population, however they were able to identify an obvious genetic difference between those herring who spawn in the spring and those who do in autumn.
A key gene in knowing when to reproduce comes from the TSHR gene, or thyroid-stimulating hormone receptor which is thought to allow birds and mammals to detect changes in day length so they know to reproduce in the spring. Unfortunately climate change impacts this because as it gets warmer and spring starts earlier so does reproduction so it is now becoming more common for some species to reproduce before the usual time when there is the highest peak or abundance of their prey. Luckily it is thought that because the herring experience extensive genetic variation they are able to adapt genetically to moderate climate change and rightfully adjust spawning time. The adjustment of spawning time in turn affects commercial fisheries and the herring is the fifth largest commercial fishery in the world. I think that it would have been easier to study this before the 1900s when there wouldn't have been so many environmental factors to take into account because the genetics have always been there but now they have to take into account how the herring who genetically looked like they reproduced in autumn now reproduce in spring because over-fertilizaion has caused a huge increase in plankton production that time of year.