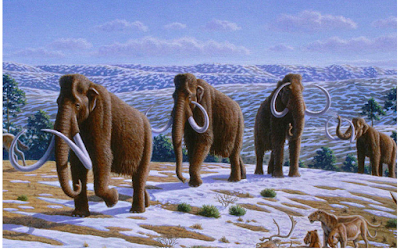 New research and careful study of cave sediments has yielded new methods in extracting DNA. These methods have proven the presence of DNA, even in the absence of skeletal remains. Many cave sites across prehistoric sites in Europe and Asia were sampled and tested in order to see if DNA fragments were present. Findings consisted of ancient human and mammalian DNA fragments, focusing on fragments of mitochondrial DNA as well. The sediment factors that bind with the DNA preserve the DNA to a point where analysis can be conducted. Researchers at the Max Planck Institute for Evolutionary Anthropology in Leipzig, Germany conduct research identifying DNA in particular sediments and challenging the “wear and tare” of these particular findings. The fact that sediments are able to yield and protect DNA is astounding, and to test the findings by challenging what we know in order to understand that room temperature sediments also yield DNA is groundbreaking. What is the most interesting within these sites, is the fact human remains and artifacts are not found, yet DNA is. Extinct mammalian DNA was discovered relating to species such as the woolly mammoth and the cave hyena. Extinct human DNA was found consisting of two species, Neanderthal mitochondrial DNA and Denisovan DNA. With further research, researchers hope to date these findings in order to understand the populations and habitations of these cave sites.