Elevate, which DNAFit developed with the input of Olympic track and field athlete Greg Rutherford, is based on the company’s saliva-based genetic test kit. It screens for 45 specific gene variants, which may be linked to each individual body’s ability to respond to training and nutrition, such as those identified as being linked to obesity.

The $126 (99 British pounds) test then algorithmically calculates a score for each user to determine their endurance response, and this figure is then plugged into the Elevate online platform people can access on their smartphone, tablet or laptop. Users add their weight and other vital statistics and the days they are able to train, and the app guides them through the workout with a training schedule and videos of how to perform exercises. 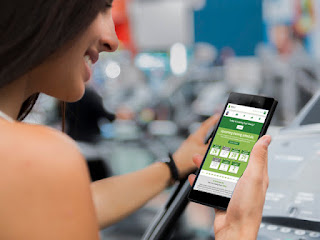 “The ‘best way to train’ has long been a topic of hot debate, but it is now clear that the answer to this is an individual journey that requires the consideration of a person’s lifestyle demands and biological profile,” DNAFit founder Avi Lasarow said in a statement. “Whether you’re looking to shape up, build muscle or just want to eat a little healthier, your genetics hold valuable information about the best way to do this.”

While there still isn’t a lot of firm data to support claims that specific dietary and workout plans can be optimized for each individual based on their genetics, (geneticist Dr. Eric Topol recently told MobiHealthNews that the consumer genomics landscape is still in its early days) researchers are working to figure that out.

A recent study at the University of Central Lancashire, published in the journal Biology of Sport, suggest that those who train to their possible genetic “strengths” improved their athletic performance up to three times more than those who were using a regular training program.
Geneticist Dr Keith Grimaldi, one of the authors of the study and an advisor to DNAFit, said Elevate could be a valuable tool that takes the guesswork out of trying out different training and nutritional plans.

“We know quite a lot about some genes that do affect your biochemistry and physiology. So, we add this factor into the picture,” Grimaldi said in a statement. “If you don’t know your genes, you’ll just have to guess the right training and diet regimes by trial and error, and we want to reduce this with an extra layer of personal information from the genetic point of view.”
Posted by Jessica Dodd at 1:58 AM