A recent study shows that Tibetan dogs may have inherited their fitness at high-altitude, from breeding with Tibetan gray wolves around 24,000 years ago. This discovery somewhat mirrors the way that humans living at this altitude also inherited this type of fitness. Tibetans were found to have inherited this type of "high altitude gene" from and ancient, now extinct, species of human known as Denisovans, that another study found that humans interbred with around 40,000 years ago. This "high altitude gene" is a variant of a gene called EPAS1 that is found in the Tibetan mastiffs and regulates the production of hemoglobin. Scientists found that the most likely source of this variant of the gene in the Tibetan dogs, most likely came from the gray wolf. 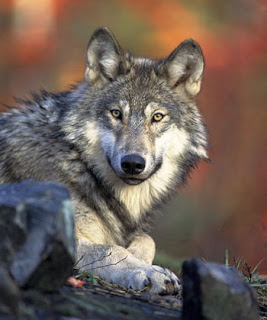 Gray wolves also have a variant of the EPAS1 gene and found that the Tibetan gray wolf and Tibetan dogs most likely interbed 24,000 years ago, possibly from Tibetan dogs traveling with humans to higher altitudes. Another recent study showed that dogs may have only been domesticated around 16,000 years ago so this may show that the Tibetan mastiff may be one of the first and oldest dog breeds. The way this sort of mirrors how humans have been able to adapt to higher altitudes really shows how much different species have in common when it comes to the process of evolution, and makes you wonder why certain species interbred and what each species may have gotten out of it.