Cancer Drugs May Threaten the Heart

Drugs that use the immune system to fight cancer have now been found to attack the heart in rare cases. Though only 1 percent of patients taking these medicines have developed these heart issues, each case has been severe and led to several deaths. In most cases, patients were taking two checkpoint inhibitors which caused their immune system to attack their heart. These drugs have been a breakthrough in cancer treatments and caused remission for many people, even those who were expected to die because they resisted previous treatments. Some hospitals have added cardiac testing for patients taking more than one checkpoint drug so they can find and stop this issue before it gets too severe. Dr. Benjamin A. Olenchock, a study author from the Division of Cardiovascular Medicine at Brigham and Women’s Hospital in Boston stated that, “As the number of patients treated with checkpoint inhibitors has markedly increased, rare cases of cardiac toxicity associated with the use of these cancer therapeutics, sometimes resulting in death, have been seen at multiple institutions including our own.” Doctors have suggested that using drugs to shut down inflammation in patients heart should stop the deterioration. But by stopping the inflammation by turning off the immune response it can also stop any of the benefits from the inhibitors. For now, there is no way to check a patients vulnerability to developing heart related issues from checkpoint inhibitors. 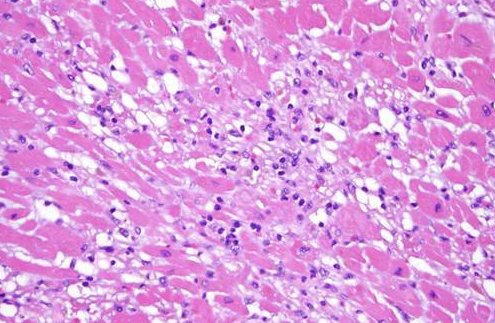