The Genetics of Bat Communication

The mystery about how bat's learn to communicate is finally being unlocked. 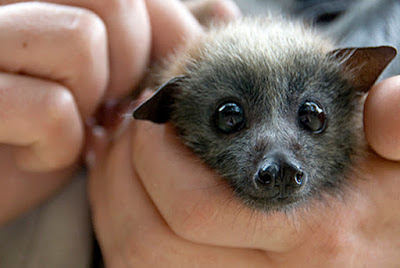 Scientists announced Project Bat 1K on November 14th (not even a week ago!), where they hope to sequence the bat genome of over 1,000 bat species to understand how they communicate. Scientist's have exhausted the genomes of the all well too known species of mice and birds, but what about the only winged mammal on earth? We know nothing about them and they express very peculiar vocal behaviors that peak the interest of scientists such as Mirjam Knörnschild.

Behavioral ecologist, Knörnschild, of Free University Berlin, Germany commented that of the 50 species of bat studied, 4 were observed to learn how to communicate from each other, from their fathers, and from other male bats, much like how a human child learns language from their parents. These 4 species are: the greater sac-winged bat (Saccopteryx bilinear), the Egyptian fruit bat (Rousettus aegyptiacus), the pale spear-nosed bat (Phyllostomus discolor), and the greater spear-nosed bat (Phyllostomus hastatus).

Scientists have already identified the gene FOXP2, which is linked to speech and language in btw and has been known to play a significant role in learning language in humans and vocal learning in songbirds. There is still much more to study and learn from the bat genome, after all there are 1,000 species to study, so there are far more genes that code for sound, language, and vocalization. As Knörnschild put it, "there is a whole continuum in bat vocal learning, and it's more widespread than just 4 species."