Platypus Venom As a Diabetes Treatment 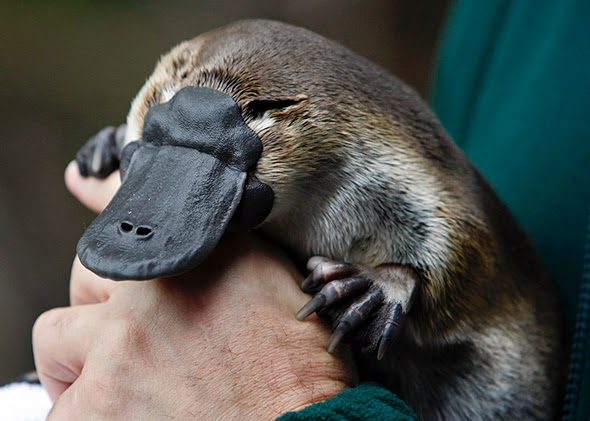 It appears that Australian researchers have discovered something quite remarkable. The animal pictured above, known as a platypus, has poisonous venom, but this very venom could be used as a treatment for diabetes. In the gut of the platypus a hormone is produced that regulates blood glucose, this same hormone is also found in their venom. This research was led by Professor Frank Grutzner at the University of Adelaide and another Associate Professor Briony Forbes at Flinders University. The hormone that is discussed is called glucagon-like peptide-1 or GLP-1 is typically secreted in both human and animal gut which stimulates the release of insulin to effectively lower blood glucose. Unfortunately, this GLP-1 is known for degrading within minutes. Those with type II diabetes cannot maintain a proper blood sugar balance due to the short stimulus triggered by the GLP-1 which is why they need medication with longer lasting form of the hormone. Besides platypus's, another type of monotreme, the echidna, have been evolving changes in the hormone. These changes make GLP-1 resistant to the degradation previously mentioned that is normally seen in humans. Within these two monotremes, they degrade with a different mechanism. When they continues to analyze the genetics of these animals, there seemed to be a "molecular warfare" between the function of the hormone.
There are different functions of the GLP-1 in the platypus. In the gut, it is used as a regulator of blood glucose, but in the venom it is mostly used to fend off other platypus males during breeding season. This battle of the functions changes the GLP-1 mechanism but also has created the evolution of a stable form of the hormone which is a highly desirable as a potential type 2 diabetes treatment. This breakthrough is incredible and I think its so interesting that something seen as poisonous to a human can actually end up helping someone with one of the greatest health challenges, diabetes. I think further research in this is necessary and it will be awesome to see how it is converted into a possible treatment.
Posted by Unknown at 1:37 PM