Despite how vital of a role sleep plays with our abilities to function on a daily basis, studies regarding sleep transition patterns are a road less traveled by for scientists. Researchers have hypothesized that there is a substance that grows and builds as our bodies are awake, and it recovers during restful sleep, but researchers are still unsure what is going on in our brains and why. To avoid getting skewed results or creating a biased trial, researchers induced random genetic mutations in 8,000 mice and used electroencephalograpy (EEG) to observe any abnormal sleeping patterns due to genetic perturbations. There were two mutations identified and labeled as Dreamless and Sleepy which were then mapped to determine the location in the genome. 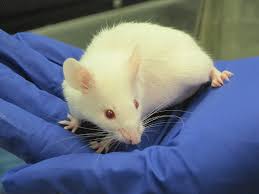 Dreamless mice's mutation was pinpointed to the sodium channel and were observed to have less rapid eye movement (REM sleep) when compared to the Sleepy mice. Researchers noted that the mutation is responsible for Dreamless mice having reduced REM sleep, and it resulted from the mutation increasing the usage of the leaky sodium channel which was responsible for regulation neuronal excitability, these neuronal populations then stop REM sleep, leading to an increased excitability, explaining the abnormal sleep pattern.
Sleepy mice on the other hand, require more sleep (approximately 1/3 more than Dreamless mice), which was one of the questions the researchers were determined to answer. The mutation was carried on the Sik3 kinase gene which phosphorylates proteins and is likely involved in several signaling pathways. The first step taken was to observe the circadian rhythms of these mice, and surprisingly no disturbances were found. The next step was to attempt to arouse them with different types of environmental and pharmocological stimuli, whether it be a change in cages or introducing caffeine. But the Sleepy mice exhibited no change and scientists concluded that although they observed an increase in sleep, there were no obvious physiological reasons as to why and it still remains a mystery. Researchers hope that determining the kinase gene will aid in them diving deeper into this research to find some definitive solutions for human medicine.
This research that was conducted, was definitely a step in the correct direction. Although the results do not fully explain all of our questions regarding abnormal sleep patterns, the fact that the researchers were able to induce mutations and find the accurate location, unlocks one door to this maze of possibilities.