Researchers from Boston University School of Medicine have recently published their findings in Biological Psychiatry on a gene that has been linked to Binge Eating Disorder. Through the use of gene mapping they have been able to identify this gene (CYFIP2) as a possible risk, though it is the first to be discovered in model organisms or human beings. They have also been able to discover genes that are involved in a process called myelination (where a casing forms on a nerve to promote quick impulses) that are linked to binge eating as well. There is little knowledge based on linking genes to certain diseases and disorders, so this research may be essential in treating many issues.

Binge Eating Disorder is a huge problem for millions of people, consisting of a desire to eat large quantities of food in a short period of time and often making oneself sick or uncomfortable from being too full afterwards. It stems from a loss of control that is very difficult to regain. 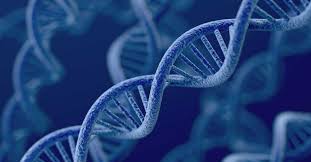 The significance of this study is that it provides a starting point that researchers can go off of for further research revolving around genes and disorders. If we can figure out what genes are influencing disorders like Binge Eating then the next step is to find a way to manipulate them, and this in turn will lower obesity rates and benefit many people as a whole. I believe this is an extremely important study because most people know others who have been affected by an eating disorder, and if scientists can pinpoint the exact genes that cause them, then it would be extremely life altering for millions of people.