The people of China are huge critics of the GMO movement. For many, simply hearing "genetically modified food" is enough to produce nightmarish  thoughts of poisoned produce, contaminated products, and eight-legged chickens! China's agricultural industry has strict policies against growing and selling produce that have been genetically modified in any way for their infamously negative effects on the human body, often referred to as poisoned or contaminated foods. Even still, many farmers use modified produce to feed livestock and for purposes other than human consumption (i.e. cotton). The Chinese people have gone so far as to falsely accuse successful fried-chicken chain KFC for using grossly genetically modified chickens that have six wings and eight legs, to satisfy demands and feed customers with. 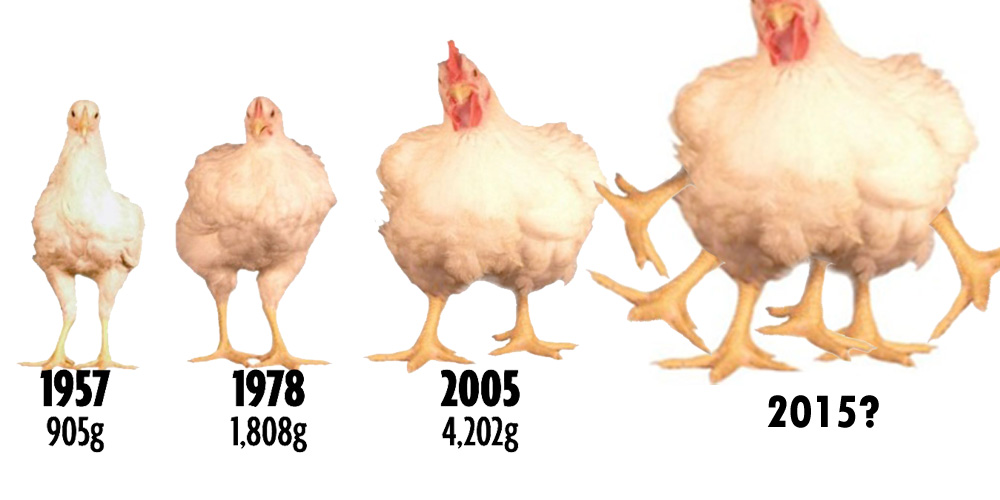 Some farmers themselves have expressed interest in growing genetically modified seeds, knowing that those organisms come with good perks, like higher export ranges. Knowing this, DuPont and other GMO-advocating companies try to help as much as possible, limited to only offering pesticides and fertilizers to bring farmers closer to their production goals. There has been no evidence produced to suggest that genetically modified plants have any negative impact on humans. But it must also be known that many of the studies published have been conducted by GMO companies advocating for its use. Although the Chinese agricultural industry has allowed for the cultivation of few GMO seeds, its system is not assimilating fast enough with current demands of exports.

I believe that the fear felt by the people of China is not justified by any factual, scientific evidence. It is all based on propaganda. China's authorities on the matter use fear mongering as a means of keeping GMO's, an American method of farming, out of their practices and out of their country. GMO's must be better understood before these kinds of accusations are made.
Posted by Jorge Tellez at 11:15 PM