Farming and its Effect on Dogs

Dogs were domesticated around 15,000 years ago, and as companions to hunter-gatherers ate a lot of meat and extra food not eaten by the humans that they traveled with. As farming emerged in human culture, the genome of the dog began to be transformed. More starch-filled foods were integrated into the human diet, prompting a demand for adaptations in both humans and dogs in the digestion of foods containing starchy grains like wheat and millet. 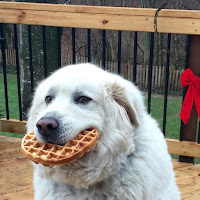 https://www.pinterest.com/pin/163677767684446630/
Eric Axelsson, an evolutionary geneticist, and his colleagues discovered that domesticated dogs have four to thirty copies of the Amy2B gene, a gene that helps digest starch. Wolves and wild dogs only have two of the Amy2B gene, suggesting that the change in the dogs genome had to do with starch consumption. To further study this discovery, scientists such as Morgane Ollivier and Ecole Normale Supeieure de Lyon collaborated with Axelsson to study DNA extracted from the bones of dogs and wolves from 7000 and 5000 year old archaeological sites. They discovered that these domestic dogs also had many of the Amy2B gene; they had eight compared to the much lower number of the Amy2B found in non-domesticated dogs and wild wolves. This indicated that the increase in the Amy2B gene was not just due to modern dog-breeding, but to the effects of farming. More recent research conducted this year also supports this research. This adaptation has allowed dogs to continue to be a big part of human life.