In this article, researchers found that DNA in beagles are linked to social disorders in people. There are five genes in a beagle, which are linked to their social behavior. Four out of the five genes have been found in humans who has social disabilities such as schizophrenia, autism, and aggression. A specific gene, SEZ6L, was the specific gene observed when researching the beagles. What researchers found was that even though in humans these genes make them socially awkward, it is actually beneficial for the beagles.

The researchers performed an experiment. There were three different treats under three glass plates. (One under each plate). The last plate was screwed in, making it impossible for the dog to get. The dog at first thought getting the treats was easy, considering the first two treats were eaten within seconds of trying to get them. It seemed that when the beagle tried to get the third treat and could not, he looked to the human in the room for help. Showing some social skills other animals such as wolves would not show. Some researchers are unsure of how accurate this in only because the experiment was done in beagles and not other dog breeds. Further experiments with different breeds should be done. Here is more about the experiment.

I found this article so interesting because it reminds me of my dog. Trooper, my dog, is very social. When he needs me, he lets me know. He constantly brings his ball to me, puts it on my lap and makes these noises until I do something about it. It is not a cry and it is not a bark, its like he is trying to tell me what to do. He does this anytime he needs something and its actually very convenient. On the other hand, my two other dogs are not so vocal. It makes me wonder if these are coincidences or if there is a gene only in specific breeds. 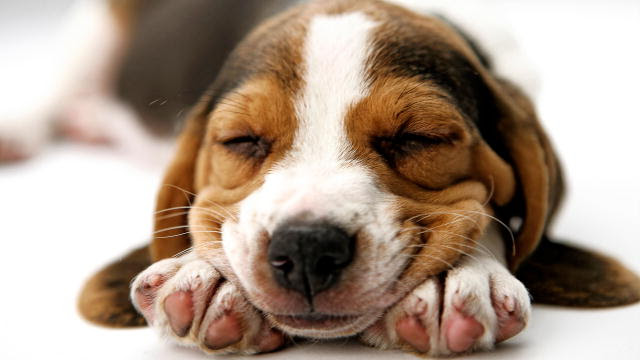