It’s interesting to think that there is actually a gene that is linked to the consumption of alcohol. Not only can this gene be found in human beings, but it is also found in other primates such as the African great apes and now, a nocturnal lemur from Madagascar, the Aye-Aye. This interesting gene mutation is known as A294V. This gene mutation is responsible for our ability to digest alcohol faster as well as having an affinity for it. In fact, this gene codes for the enzyme, alcohol dehydrogenase class IV otherwise known as ADH4. This enzyme is the first to catabolize alcohol during digestion. 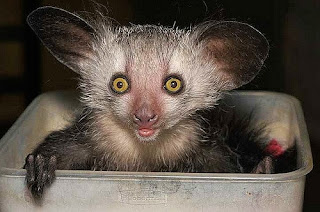 
But does that mean that the Aye-Aye like to get wasted? Not exactly. For most animals, there is a selective advantage of consuming fermented foods over unfermented foods. In fact, fermented foods tend to have more calories. Interestingly enough, given that humans, chimpanzees, and gorillas all share this A294V gene mutation, it must mean that the affinity for alcohol or other fermented foods was apart of the human genetic makeup far before the modern human came about. That being said, before alcohol became something that made parties more fun, it was actually something that provided our ancestors with a greater caloric intake in order to perform more activities.