New Hope for Tasmanian Devils in Fight Against Contagious Cancer

The New York Times features a new scientific study from Nature that shows Tasmanian devils are building up a genetic resistance to a contagious type of cancer. Devil facial tumor disease (DFTD) is a cancer that can be transmitted between Tasmanian devils. Currently, the marsupials are on the danger of extinction, but rapid changes in two genomic regions--regions which are associated with immunity and cancer risk in humans--show that the species could recover. Three populations are being observed and they are all are changing independently of one another, but they are moving in the same direction of resistance. 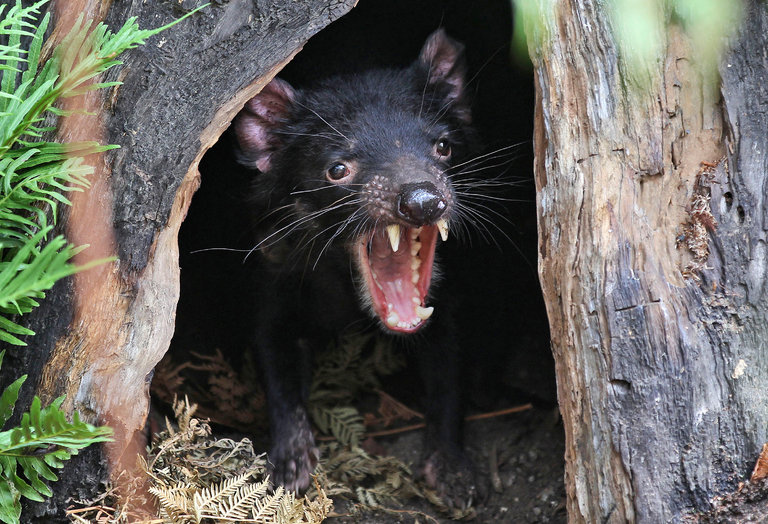 This is a clear example of an evolutionary response. The species is recognizing the threat and evolving to resist it. DFTD suppresses and evades the immune system, but the genes of the Tasmanian devils are adapting to these attacks. DFTD is naturally a disease that is very prevalent among the populations, and once contracted, gives Tasmanian devils a short life span. However, the raised resistance to DFTD demonstrates that genes are responsible for eliminating their cancer risk. Animals are commonly compared to humans genetically and even used as models to show how human genes could serve identical or close to identical purposes.

I believe more research can be conducted to scientifically determine if there is a link between genes, immunity, and cancer resistance. The Tasmanian devils' genetic evolution shows scientists that humans possibly have the ability to resist cancer. Cancer, one of the most feared diseases, could be eradicated from the population through our genetic resistance. This revelation from the study not only brings new hope for the Tasmanian devil population but also brings new hope for our own population. Genetics could be a solution to stop cancer.