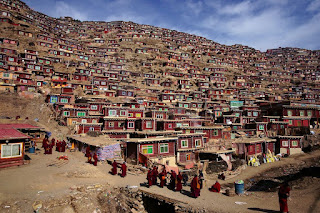 If you have ever visited an area of very high altitudes you may have experienced some discomfort know as mountain sickness. This is due to traveling to high altitudes at a fast pace and can also occur more commonly if you live at or near sea level. Symptoms include difficulty sleeping, fatigue, light-headedness, nausea and vomiting, shortness of breath, and heart palpitations.

With this being known, the people of Tibet live at altitudes 13,000 feet which means that they breath air that has 40% less oxygen then the air at sea level. However these people rarely experience mountain sickness. By comparing the genes of Tibetans with that of Han Chinese, biologists discovered at least 30 genes had undergone evolutional change due to the Tibetans adapted to a life high in the mountains. It has been confirmed that this is the most recent known example of evolutionary change in humans and the last know example of evolutionary change in humans was 7,500 years ago which dealt with Lactose tolerance.

The problem occurs when people who are used to living on lower lands try to migrate and settle at high altitudes. In order to compensate for less oxygen, their bodies make thicker blood due to creating more red blood cells. This overproduction of red blood cells leads to a more serious case of mountain fever and is linked to infertility. The statistic is that Han Chinese have three times the infant mortality then the of the Tibetan people.

When analyzing 3% of the genome of 50 Tibetans and 40 Han Chinese it was discovered that there were 30 genes that were rare among the Han Chinese and common among the Tibetans. In the most shocking instance, a version of a gene was found in 9% of Han Chinese but in 87% of Tibetans. The explanation for this is instance is natural selection which means that those that possess this version are surviving and producing more offspring then that of people who do not obtain the version. The gene that is being studied is known as hypoxia-inducible factor 2-alpha and the Tibetans with the favored gene possess fewer red blood cells and therefore less hemoglobin in their blood preventing them from obtaining mountain sickness.

I found this study very interesting because there are not many clear examples of evolution among humans when evolution is studied in classes. I find it very interesting that the people who live at these high altitudes have such a genetic variation so broad from that of people who live close to sea level. It makes me question whether the people of Tibet and other places of high altitude would get sick by traveling to sea level? 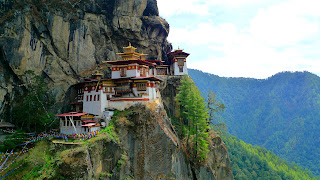 Posted by Hailee Anzisi at 5:41 PM