A Gene That Affects How You Age 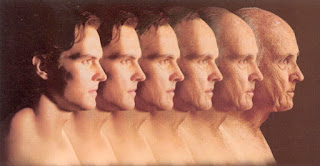 Subconsciously humans make decisions based on the appearance of someone else’s face. This could be reading the body language to see if one will have a peaceful or aggressive encounter. Also, if someone is physically attracted to another all occurs subconsciously. In recent studies, scientists have discovered a gene that affects aging in human faces.

Aging cannot be explained on a single gene. However, the discovery of this gene will open the doors to new research. The researchers of Manfred Kayser Erasmus Medical Center studied more than 8,000,000 DNA variants. Through previous studies, the researchers identified a correlation between “how old” one appears to their relative health. As a result, the researchers used genome data of 2,600 adults and found a gene that affects facial age call MC1R.

People who had a particular variation of MC1R appeared to be two years younger than their actual age. This was independent of chronological age, sex and the amount of wrinkles. MC1R codes for the production of melanocortin 1, which plays a key role in the coloration of skin, hair, and eyes. A reduction of MC1R increases the chances for skin cancer.  Currently, researchers are unaware how the variation in MC1R causes a more youthful appearance, as more research is required.