Virus fighter may have played a key role in human evolution 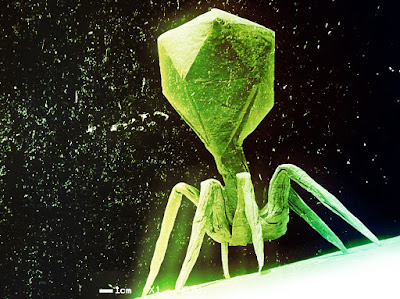 According to a new study , researchers have discovered a virus fighting protein in humans and other primates that triggers an eruption in genetic mutations that may have sped up the evolution of our species.

Way before humans were on this earth viruses have been inserting their genetic material onto the host and tricking the hosts cell into making more of the virus. Overtime of having invasive viruses, our body builds up a natural immunity called retrovirus to counteract and destroy the virus. Also our bodies have mutated this DNA into so called APOBEC proteins that seek out certain combinations of the complimentary bases that make up DNA. These proteins chemically convert the base cytosine to uracil during translation , disrupting the gene.

In 2012, researchers at Cornell University found that certain APOBEC proteins do the same thing in cancer changing the bases causing lots of mutations that further the cells into uncontrolled growth.

But how did this effect human evolution ?

If these mutative APOBEC proteins were active in a sex cell such as sperm or egg, these mutations could possibly affect future generations and could forever alter the course of evolution. All together the researchers found around 40,000 mutations occurring in 10,00 clusters in chimp and human genomes that they think were caused by these proteins. One mutation can change the physically and chemically attributes of a person , being able to control these APOBEC proteins to specifically mutate certain genomes can be terrifying.

Researchers are now calculation what percentage of the genetic changes that mad us human were cause by APOBEC proteins. A newborn is expected 70 new mutations in its genome but just one of these proteins can introduce thousands of them in one generation , speeding up the rate of evolution rapidly.