It is a chronic and a severe psychological brain disorder that affects the person's ability to think, manage emotions, make decisions and relate to others. It is characterized abnormal social behavior where patients may see or hear things that aren't real. Now, for the first time researchers from Harvard Medical School found possible cause of the illness. They have discovered a gene called complement gene 4 (C4) that triggers schizophrenia and the mechanisms behind it.  Researcher McCarroll performed a experiment to understand the structure of the C4 gene in the DNA samples of individuals who had schizoprenia 29,000 and 36,000 did not. They noticed a significant variation in the structure of the gene that differ among those 2 groups. The results show a correlation between the C4 gene and  schizophrenia. 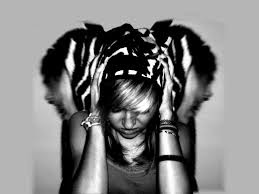 In order to gain more understanding of the C4 gene researchers used mice to study the pruning of synapses. Synaptic pruning is the gradual process by which eliminates the multiple synapse  connections and weakens during late adolescence or early adulthood. The team found greater C4 gene activity as they experience synpatic pruning. Hence, C4 gene might support the understanding of schizophrenia development and the symptoms provoking the onset. This finding led a major breakthrough for the cause of schizphrenia. This will help doctors and health professionals  develop better preventative therapies and treatment for the disorder.

Personally, I am glad I've come across this article because schizophrenia has always been a challenge to understand and the prognosis of it. About 21 million across the globe have this disorder because of the early onset. Due to this research, scientists can answer more questions to understand and determine the underlying issues related to schizophrenia
Posted by Bindiya Surti at 3:26 PM