Commonly studied mental disorders all have to deal with some sort of chemical unbalance in the brain, whether it is too much of one neurotransmitter or not enough of another. These abnormalities contribute to the way people with mental disorders and other mental issues act. One of the results of these abnormalities is a trait called, neuroticism, which makes people respond to something bad, like a threat or a death, with negative emotions. It is normal to want to feel sad when something bad happens, but those with neuroticism suffer more severe and more frequent bouts of anxiety, depression, guilt, anger and envy then those without the trait when faced with a negative event.

For as long as genetics have been studied, scientists could only find one possible locus on chromosome 3 where neuroticism could form, but new studies conducted by the University of Glasgow's Institute of Health and Wellbeing show that there there are at lest 9 different loci that have to deal with neuroticism. As Professor Daniel Smith, one of the scientists at the institute, says "this is an exciting discovery because we have identified, for the first time, genetic risk factors for a personality trait which is of fundamental importance to physiological well-being."

Even though these genes have been found, there is still the question of how they make people behave the way they do when they have neuroticism. One that was found was a gene called CHRH1 that contributes to the body's stress management and also makes laboratory mice anxious, just like it would if it were in the human body. A couple of other genes deal with the neurotransmitter glutamate, a factor in depression and schizophrenia, and specific sections of glutamate deal with suicide and restless leg syndrome.

Despite the progress that has been made, there is much more to discover and analyze. Once more data comes out and more possible loci are found, scientists will be able to put more pieces of the puzzle together. This sounds like a worthy cause to look into because finding out if the trait is genetic will be a step in handling it more effectively or possibly eliminating it completely. Less stress and worry for the affected parties will mean a more peaceful society and a better well-being for everyone. 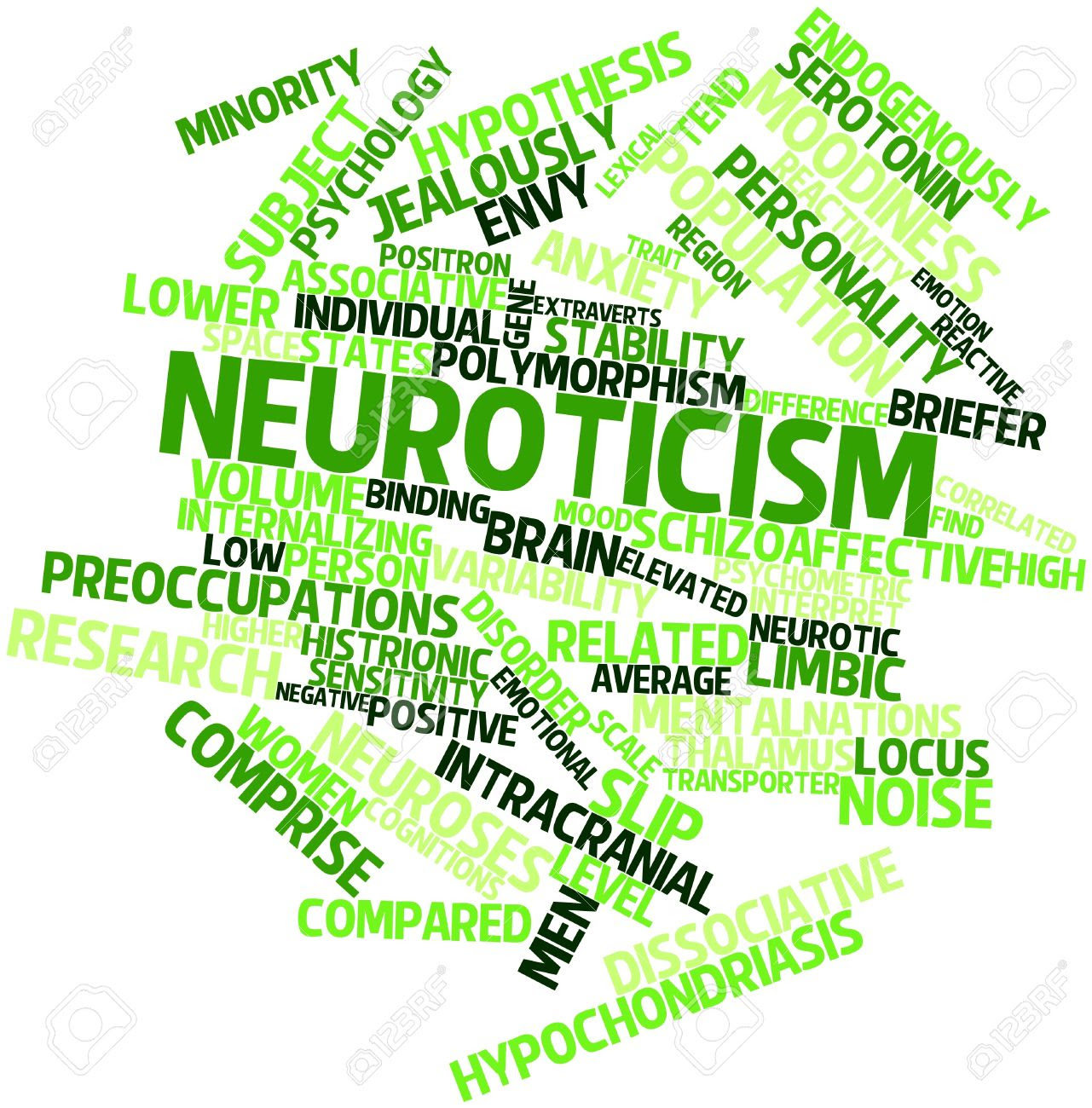