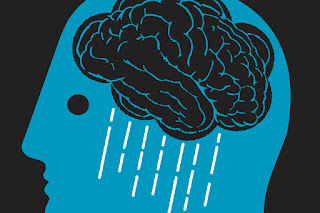 "Inappropriate social integration is a common, but neglected facet of the majority of neuropsychiatric disorders,"says neuroscientist Martien Kas of Utrecht University in the Netherlands, and coordinator of the new Psychiatric Ratings using Intermediate Stratified Markers (PRISM) project.

PRISM goal is to identify any biological similarities in individuals affected with Alzheimer's disease, schizophrenia, and major depressive disorder that correlate to social withdrawal and common factors. This project uses measures specific tests to track social behavior, and will try to identify any core phenotypes in behavior across a variation of psychiatric conditions, and identify designated pathways underlying those behaviors.

I think this project is super cool. When people become diagnosed with disorders such as major depression or schizophrenia, its likely they were also diagnosed a couple of disorders since the symptoms can sometimes overlap with each other. But when psychiatrists diagnose people and plan treatments, they don't necessarily think of the brain itself and just the symptoms observed within the patient. This project allows the research to get to the core factors in brain activity between these mental disorders.