Stuttering is the most common speech impediment in the world, nearly 1 out of every 100 individuals in the US are affected. Several years ago researchers identified the specific gene, Gnptab, in which its mutations often causes stutters. 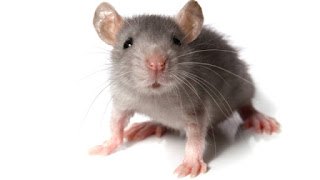 A recent study has discovered that a single gene in an outwardly unrelated gene produces speech problems for both human and mice alike. By playing with the gene associated with speech in humans, scientists had created transgenic mice whose pups altered sounds in their voices parallel to people with stutters.

The team designed a program that detects the number if vocalizations per minute and tracks how many and how long of pauses occurred from the mice pups. The program displayed that the mice pups with the mutated gene experienced less vocalization and longer pauses than the mice pups without the mutated gene. Of course everything between the two groups were the same; the mutated pups were still physically capable to produce the same sounds like the wild type, and a collection of physical and cognitive tasks indicated the stuttering group were otherwise still healthy. This study suggests that despite the disparity of vocalizations within humans and mice, mutations with the gene Gnptab have similar effects with both humans and mice.

Scientists still question how a single mutation in a relatively common cellular housekeeping gene can produce speech disorders, they still can't pin point the exact neurons link to speech. One scientist suggests that maybe these genes may partake in other functions that have not yet been studied in any other context. I'm also curious to understand the concept of stuttering issues disappearing over an amount of years, because I know a few people who have said they were born with a really bad stutter but speak perfectly fine. Granted I'm not too sure if they went through speech therapy to alleviate the stuttering, but if stuttering is produced by a mutation in a gene, how are people able to "grow out of it" ?