A recent study done by John H. Mcdonald of the University of Delaware took a common science class experience a step beyond the classroom.  Earlobes, as commonly categorized fit into two groupings, attached and unattached, and the assumption being that one allele controls the entirety of how the ear attached to the head. The misconception begins here when studies shows that logically if one allele controls the outcome, with the allele for the free earlobe being dominant, then two parents both having a free earlobe, would lead their child to being born with a free earlobe. This however, is not the case as the study shows that parents with free earlobes can absolutely birth children with any variation of earlobes for attached, to completely unattached, to semi attached.


“If the myth were true, two parents with attached earlobes could not have a child with a free earlobe.” –John H. Mcdonald, speaking on his study, discusses the data gathered from families in New Guinea, and how each of the families produces children that shouldn’t be genetically possible.

The conclusion of the study eventually stated that earlobes being attached or “free” is not stuck to one allele and that there is continuous variation among earlobes. 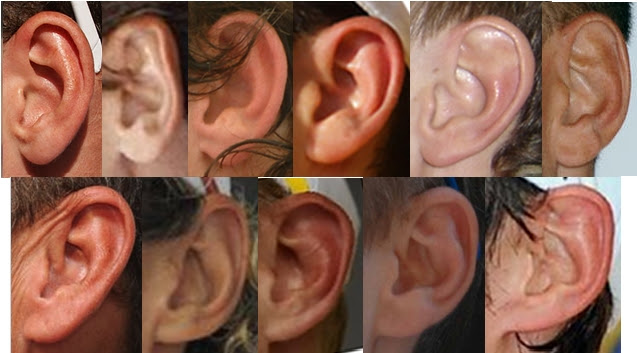 Geneticists have to study and decode alleles and DNA to see if a trait is only obtained by one allele or not. There are rumors that the earlobe was only controlled by one allele and that unattached earlobe parents will only have unattached earlobe children ended up being not true. I think that this article shows that geneticists have to look at all possibilities of a trait before coming to a conclusion of what it's being controlled by.
Posted by Candice D'Amore at 3:55 PM