Alzheimer’s disease can seem puzzling. There are still a lot of unknowns about the disease, which afflicts more than five million Americans. Less than 5% of cases are linked to specific, rare gene mutations. The majority of cases, Alzheimer’s disease makes its presence known after age 65, and the older one gets, the larger the risk. Other than age, which is the biggest risk factor, there are health issues that can enhance the chances of Alzheimer’s.' 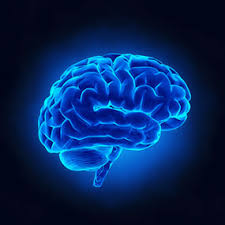 People with one copy of the ApoE4 gene variation have two to four times as much risk of an increase in Alzheimer’s as people without the variant, and people with two copies of ApoE4 have about 10 times the risk. That risk seems to be wider in women. Carriers of ApoE4 also have a increased possibility of developing symptoms at a younger age. About 25 percent of people have one copy of ApoE4; about 3 percent have two copies.Recent research has found that amyloid, a general term for protein fragments that the body produces normally. In a healthy brain, these protein fragments are broken down and eliminated. Amyloid begins complying for 20 years or more prior to symptoms of dementia happen, and advancements in scans that can sense amyloid are making it promising to recognize people in earlier stages, including some who have no symptoms of dementia yet. Numerous clinical trials are in progress, counting large trials testing anti-amyloid drugs at these early stages. It will be several years before solid results are known though.
The research being done lately for Alzheimer's disease is increasing and knowing there are genes for this disease is at least one step forward. The research for early stages is becoming more prominent and hopefully will increase the rate of detection early to help make a better drug to manage the disease but to also cure it one day.
Posted by Lauren at 11:57 AM