From the New York Times 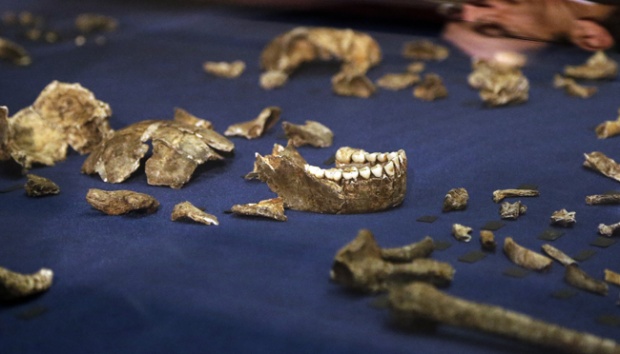 The 4500 year old bone from which the DNA fragments were taken.

The article revolved around a study conducted by Cambridge University, which you can read more about here and here, and the mistake they made in drawing conclusions from their data. They sequenced the genome of an ancient man from DNA fragments extracted from ~4,500 year old bones, found in a cave in Mota, Ethiopia. The article written in the New York Times was about how peer review of this research, post publishment, found error in their methods. Researchers from Harvard were hoping to use the ancient genome, sequenced by the researchers at Cambridge, to aid their study of ancient human population. The conclusions they derived about the man, given the genome sequenced, were very different from what the Cambridge researcher had found. The main reason their conclusions were not the same was human error. The Cambridge researchers had used a software that took the fragments of DNA and compared them to a DNA template to figure out where they should be, but the program wasn’t set up right and ignored significant parts of the genome that led to inaccurate conclusions about the history of ancient african human populations.

The greatest implication of this article was the need for ancient genetics to share and review one another's work as to avoid human error in the future. I think that collaboration is very important for scientific progress, and this story is one of many excellent examples of why collaboration is so important.

If you want to know more about how DNA is taken from ancient bones, you can read about it here.
Posted by Unknown at 7:16 PM