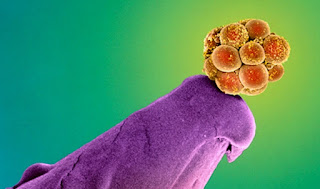 The International Summit of Gene Editing was held on December 1-3.  The conference consisted of over 500 scientists from 20 different countries.  At this conference the scientists discussed the ethical issues that genome alterations bring. Much of the discussion surrounded an April publication by Chinese researchers who used the gene-editing technology CRISPR–Cas9 to modify a gene in non-viable human embryos.  This is where most of the controversy normally arises, whether or not genetic changes should be done to embryos.  Most countries have some kind of limit of the research that can be done on human embryos.  Some countries ban any kind of gene-editing on human embryos.  Ethicists also brought up the point that down the round gene-editing on embryos will cause inequality and discriminations, because only wealthy parents will be able to make an alteration to their embryo if they had the choice.
In my own opinion I feel that no matter what way you look at this topic there will always to controversial view points.  I feel like there should be more of these conferences to discuss the different viewpoints of countries around the world on gene-editing.

Posted by chriszeck at 2:54 PM