A new study reveals that a man's sperm can "know" how lean or obese they are.  Their observations suggest that men can pass down information about the availability of food to their offspring which could increase the child's chance of being overweight.  For example, in a 1944 famine in the Netherlands, women who were pregnant had higher chances to give birth to a child who is prone to diabetes and obesity.  It is hard to say that the results they received are perfect due to the genetic differences of the patients in the study, but the results do coincide to a number of other studies.

Romain Barres, a genetic scientist from the University of Coppenhagen, and his colleagues conducted this study with 13 "lean" men with a median body mass index (BMI) of 23, and 10 "obese" men with a median BMI of 32.  To further explain BMI, a man who is 180 cm and 75 kg has a BMI of 23 and a man of the same height who has a BMI of 32 weighs 104 kg.  The scientists then obeserved different epigenetic markers of the patients sperm.  What they found were that the gene methylation patterns of the sperm differed between the two groups of men.  Gene methylation is a determining factor in whether or not a gene is turned on.  About 9000 genes were found to be methylated depending on the group, lean or obese, the patient was in.  Most of those genes were related to brain development, appetite control, and metabolism. 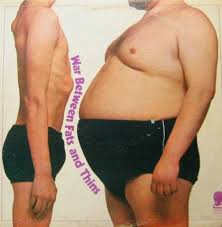 To further explain whether weight loss will or will not affect a persons epigenetic markers they ran an experiment with six men who are about to undergo gastric bypass surgery.  Prior to surgery the scientists collected sperm samples and then another sample a week later.  Their results show that epigenetic changes can happen very quickly because of the differences in methylation in 1509 genes.  A year later when their weight reached a stable level another sample was collected and they found 3910 gene changes.
Posted by Unknown at 5:55 PM