Stem cells have the ability to develop into may different cell types in the body during early life and development.  Stem cells are unspecialized and have the ability to replicate and go through cell division.  They can also be differentiated under certain conditions and become organ or tissue specific with specific functions.  However, due to stem cells having a non-specific function, too many can lead to cancer and not enough can lead to damage in maintenance and repair in the body.  Francesca Mariana and colleagues at the University of San Diego in California are performing research on a gene that maintains the essential balance of stem cells in the body.  This gene is called the Prkci gene.  The gene is the commander for all stem cells and deciphers whether the stem cells will self-renew and replicate or differentiate into special cell types. 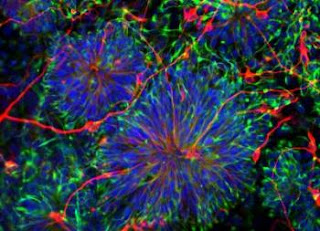 I think this gene that is being researched and experimented with has positive and negative aspects.  When Prkci is inhibited (not turned on) in people it can cause consequential overgrowth of cells which may lead to cancer.  However, in people who are seriously injured or who have a disease, inhibiting the gene could be beneficial because stem cell production is boosted and promotes faster healing.  Stem cells are tricky, yet essential to the human body and with more research, are found to be a rapid army of cells commanded by the Prkci gene.
Posted by Unknown at 11:03 AM