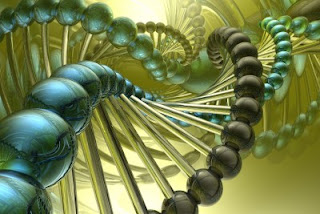 A research team at Weizmann Institute of Science has discovered a gene that is one of the "drivers" of a particularly deadly type of melanoma (cancer of pigment-containing cells.) This gene is a member of a group of genes called tumor suppressor genes, and as the name suggests, tumor suppressor genes normally inhibit cell growth, including that of cancer cells. When these genes are mutated, they act like defective brakes on cellular proliferation. The expression of this specific gene was found to be lost in over 30% of melanomas that effect humans. The theory is that this loss of expression is associated with a reduction in patient survival.

"The melanoma genome sequences contained mutations in known tumor suppressor genes, but there was also a new gene that stood out in the team's search, named RASA2. The researchers' next step was to conduct a series of functional experiments to understand exactly what this gene does. They cloned both the normal protein and the most recurrent mutated versions to see their effects on melanoma cells. They found that RASA2 regulates a key protein in the cell, called RAS. RAS has been identified as a major oncogene that contributes to the unchecked growth of cells. When they restored the production of the protein in melanoma cells that harbored RASA2 mutations, these cells stopped growing and eventually died."

Most targeted cancer therapies today focus on inhibiting the products of oncogenes. The loss of function or mutation of tumor suppressor genes like RASA2 are a large contributor to melanoma development, and may lead researchers to target these genes in future cancer treatments.
Posted by Jennafir Ernst at 2:59 PM