Living With a BRCA1 Mutation: One Mom's Story 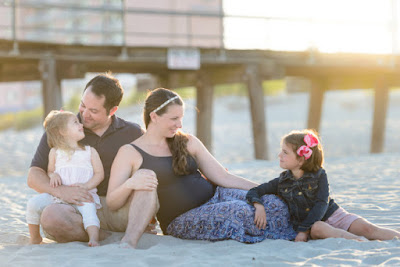 Katrina Wells and her family, is currently pregnant ---and is BRCA-1 positive

Ovarian and breast cancer is a genetic mutation that runs heavily in Katrina Wells' side of the family. Cancer has taken the lives of her grandmothers, aunts, sisters, and now it has intruded into Katrina's body. When Katrina found out she was pregnant with her second child, she found out she was a carrier for Canavans disease. Luckily, Canavan's disease is a recessive gene and her husband did not carry the disease in his genes, so their kids were not at risk. When she went through all the testing for Canavans disease, her need for BRCA testing became even more evident.

Katrina Wells and her daughters

She took matters into her own hands and realized that waiting until she was in her 70s would only increase the chances of her getting ovarian and breast cancer. She enrolled herself in a research institute and used different approaches to test for the disease. She knew that her grandmothers and aunts did not have as many resources, so she wanted to do whatever she can to spare the lives of her daughters.
The main point she wants to share with others is that if a disease runs in your family, then pursue genetic testings before the     disease can get to you. Also take advantage of the resources we have today. She mentions in the article that its better to know the odds, instead of living in the dark.

"I think a lot of people are just afraid to know that they have a chance of getting a disease. All the clues could be sitting right in front of their face, but seeing it on actual paper, is nerve-wrecking. If a disease runs in your family, I think it is best to get early screenings. You can increase your chances of living longer, by starting now then later."

Click here for the article!
Posted by Unknown at 12:48 PM