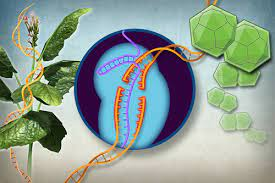 Researchers have found a way to keep positive traits in plants when they selectively breed. By using CRISPR technology to edit plant DNA, favored traits are able to be kept in the generations of plants. CRISPR technology was mostly used to edit genes, but now scientists have figured out how to change the structure of chromosomes. By placing favorable genes near each other, the chance of these genes being separated decreases. Researchers have also been able to make certain chromosomes invisible, which occurs in nature, but on a much smaller scale. Scientists did this on a large scale by altering the majority of the chromosome and keeping the ends the same. The chromosome was able to be passed on to the offspring without losing the genes that it carried and it was able to express the favorable traits.

Posted by Amanda Anzaldo at 9:59 AM