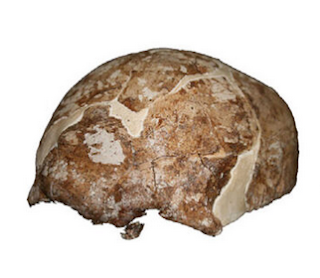 New findings of a ~14,000 years old undetected Homo Sapiens population were found in the southern west part of China that have genetic connection with early American ties. The skullcap that the DNA came from was a woman that excavated from a cite at Mengzi Ren in southern west China.Geneticist Bing Su of China’s Kunming Institute of Zoology and colleagues did mitochondrial sequencing from the skull and made the discovery that help link the ancient DNA to Native American ancestors. What was surprising was that the nuclear DNA observed matched closely to modern humans vs that of neanderthals (with the elongated face shape), who we usually think of as early homo sapiens.

Crazy how we can still discover things in the past that can still be relevant in present day, helping explain or give more information to reinforce/clarify things already known or unknown. Especially on how the nuclear DNA found in the cave had close ties with moderns humans and how we can even link the DNA to that of early Americans. Also using this data to help us find/link where theses group of people could have or did migrate too.

Posted by Christopher Lin at 6:38 PM