MAP3K15 as an obesity-independent therapeutic for diabetes 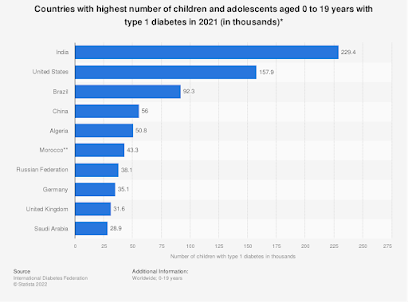 A recent study; "Human genetics uncovers MAP3K15 as an obesity-independent therapeutic target for diabetes", shows that recessive carriers of non-synonymous MAP3K15 are less likely to develop diabetes due to the lower amount of glycosylated hemoglobin.  Type one diabetes; diabetes mellitus, is the number one growing disease in the world it is vital to identify genetic contributions to the disease according to The World Health Organization. Genetic mapping allows for analysis of the 60 possible loci that contribute to T1DM; type one diabetes, and the hundreds for T2DM; type two diabetes. However, these are sometimes found on non coding regions of the genome which is why whole genome sequencing is used because it is able to identify all of the protein-coding variants.  In conclusion, MAP3K15 allelic series with few missence variants increase the disease risk if the PTVs, loss of function, or hypomorphic missense variants decrease the risk for the disease.

Diabetes is a disease that affects a large number of individuals world wide and not only does it have a poor effect on ones health it leads to many other health issues. As a person who wants to enter the healthcare field I find it imperative to understand the indicators for diabetes in genetic mapping and all possible effects it can have on one's health.

Posted by Desarae Holloway at 11:14 AM