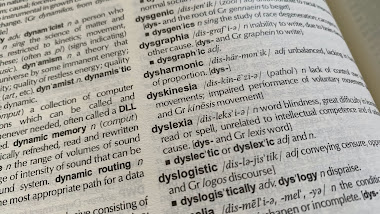 Photo by Rob Hobson on Unsplash
The first largest genetic study on dyslexia was done by the University of Edinburgh. It found that, among millions of genetic variants studied for the association with dyslexia, 42 turned out to be significant in determining whether a person develops dyslexia, or not. This is a meaningful find given how little was understood on the genetic biology behind this neurodevelopmental condition. While many are newly discovered and may be specifically linked to the development of reading skills, others are known to play a role in the development of language, thinking, and other neurodevelopmental skills. The results from the study were so definitive that researchers were able to predict, with an accuracy just short of what is required for diagnostic purposes, the performance level of individual's, young and old, reading and spelling abilities.

Posted by Miguel Barriera at 11:32 AM