Unraveling The Biology of a Mysterious Condition: Stuttering 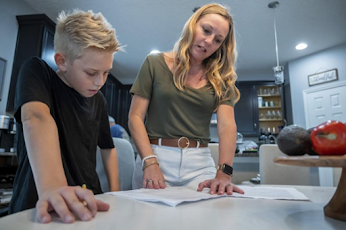 Stuttering has been a condition that many have feared to be judged for. Many claim its origins to be from traumas or psychological issues, however, researchers have explored this condition more and discovered that it comes down to genetics and brain differences.

Over 70 million people worldwide suffer from this condition. Its traces lead back ancient China and Rome, but no accepted causes have ever been determined until only a few years ago. Brain scans showed, “…genetic mutations related to stuttering are associated with structural abnormalities in the corpus callosum, a bundle of fibers that connects the two hemispheres of the brain and ensures they can communicate; and the thalamus, a relay station that sorts sensory information to other parts of the brain. Past research has also linked stuttering to the basal ganglia, brain structures involved in the coordination of movement” (Ungar, 2022).

Even with scientific evidence many people still incorrectly believe that people stutter because they are nervous or shy and could make it stop if they tried harder. At the present time, speech therapy is the only way of treatment for stuttering. These discoveries may lead to medications in the near future that can be taken to alter levels of chemicals in the brain thought to be responsible. However, for some stuttering is a part of who they are, and they wouldn’t want to change that.

Overall, this discovery in biology brings about it hope that will decrease the stigma against those with this condition and allow better opportunities for individuals to excel in areas most would consider to be impossible.

A similar article on this story can be accessed here.

Posted by Amarilis Martinez at 2:52 PM