Pet Cloning Is Getting More Popular Despite the Cost 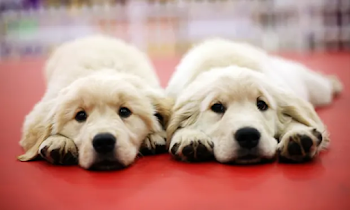 Texas-based company called Viagen Pets and Equine, which is the first and only US firm to offer commercial cloning of dogs and cats, is seeing a rapid increase in its practice since it first opened back in 2015. The cloning of pets is controversial, but it is growing in popularity despite its continuing high cost which averages around $50,000 to clone a dog, $30,000 for a cat, and $85,000 for a horse. While out of budget for most Americans, a select few among the wealthy have used genetic cloning to bring back some of their most beloved pets. “Back in 2018, Barbra Streisand disclosed that she had used Viagen to clone two puppies from her former pet Samantha. That same year, The Sun newspaper reported that music mogul and talent show judge Simon Cowell was "100 per cent cloning" his three Yorkshire terriers” (Dimitropoulos, 2022).

There are several specific cloning techniques, but the most common method involves transferring a cell nucleus from the animal you wish to clone which is then injected into a donor egg that has had its genetic material removed. The egg is then grown in lab into an embryo and then is implanted in the womb of a surrogate mother who goes on to give birth to the new animal. This process does not have to occur immediately after the death of a pet and can be conducted many years later.

Cloning brings with it many challenges. Health complications of both the surrogate and the cloned animal arise frequently and many see this as reason to ban the continuation of cloning as a whole. The issue of development and personality arise as well. Yes, your favorite pet may come back to you, but its memories and personality will not. As of right now cloning is limited to the DNA code of an animal and cannot replicate anything beyond that. Time will only tell how far and complex genetic coding will come to be.

A related article discussing this topic is attached here.

Posted by Amarilis Martinez at 2:40 PM