Matching Drugs to DNA Is 'New Era of Medicine' 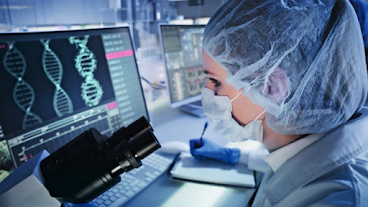 According to a major report, scientists now have the technology to start a new era in medicine by precisely matching drugs to people's genetic code. This field of matching drugs to a person’s DNA is known as pharmacogenomics.

Drugs are complex substances and are often ineffective or become deadly because of subtle differences in a person’s body function. However, The British Pharmacological Society and the Royal College of Physicians say a genetic test, which may be available as early as next year, can predict how well drugs work with your body.

There have been real life cases in which drugs taken for one medical issue have caused severe damage and pain in other areas of the body. Professor Mark Caulfield explains that “99.5% of us have at least one change in our genome that, if we come across the wrong medicine, it will either not work or it will actually cause harm” (Gallagher, 2022).

Scientists have looked at the 100 most prescribed drugs in the UK and say that this genetic testing guide is ready for 40 of them. The test would cost around £100 and could be done using either a sample of blood or saliva.

I think that the 'one drug and one dose fits all' approach is going to become an outdated standard in the healthcare industry. The effectiveness and safety of medicines should be focused on each individual patient rather than as a generalized approach.

Tagged here is a related article providing additional information on this topic.

Posted by Amarilis Martinez at 1:58 AM