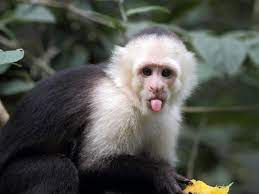 A recent article in Science Daily explains that when capuchin monkeys were administered a computerized matching test in which the difference in difficultly was removed, some of the monkeys struggled under pressure. These monkeys, located at Georgia State's Language Research Center, were given rewards when harder tests were passed, and put in timeout when they answered incorrectly, meanwhile, other trials were conducted using difficultly levels the monkeys were familiar with.

The researchers had discovered that during the monkeys' performances, there was a significant level of cortisol, a hormone in our bodies that responds to stress. This evidence could possibly be used to create a better understanding of the evolution of cognition in humans, and now other species.