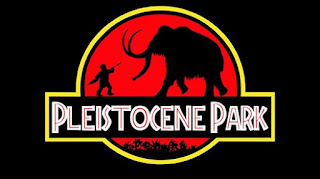 Most endogenous DNA that is extracted from fossils is fragmented and often times too contaminated to isolate. The genes focused on were on the maternally inherited mitochondrial genome. Environments with large amounts of permafrost preserve specimens in as low as -10 degrees C. Due to reduced reaction rates permafrost may be able to help DNA fragments survive up to 1 million years. Using a wooly mammoth sample from Siberia scientists were able to sequence 28 million base pairs of DNA. About 45.4% of the base pairs were identified as mammoth using emulsion polymerase chain reaction, pyrosequencing technique and endogenous DNA from a single mammoth from the 'ice cave' in Khatanga. Using PCR to find nuclear DNA is difficult in fossils because PCR must target known sequences from specific genes. The samples taken from the mammoth were screened with quantitative PCR that was designed specifically for the mitochondrial cytochrome b gene. It was designed with primers in order to amplify mitochondrial DNA from African and Asian elephants. There were eight samples taken each ranged from 1 x10^6 copies per gram to 96 x 19 ^6 copies per gram. One specimen from the Taimyr area dated back to 27,740 ± 220 14C years prior to discovery. Findings like these have prompted the creation of Pleistocene park. A geoengineering plan that aims to address the problem of climate change. Its an attempt to bring back the grasslands of the Mammoth Steppe ecosystem along with some extinct animals, including mammoths. The idea that having these animals back would slow the thawing of artic permafrost.
Posted by Caitlin Berardo at 4:14 PM