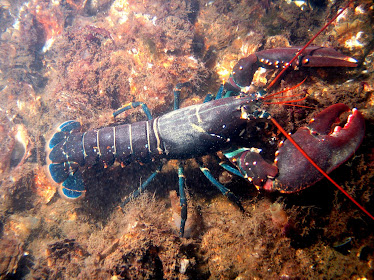 The population age structure of many crustaceans is difficult to assess for fisheries management and conservation due to the continuous molting of exoskeleton and indeterminate growth. The age structure for the economically important Homarus gammarus, European lobster, is one of these difficult crustaceans to predict the age of individuals in the wild. In this study ribosomal DNA methylation is preformed on claw tissue of European lobster. DNA methylation is an accurate method for age predication among mammals and this study looks into ribosomal DNA of lobster because it is more evolutionarily conserved and will give a wider representation of the genome. The age range of the lobsters observed from the wild for this experiment were 0 to 51 months looking at age across 5154 base pairs corresponding to 355 different loci. Genetic markers of age like this are affordable, accurate, nonlethal, and are minimally invasive; however, for crustaceans like the lobster they have fast growing young individuals overlapping the slow-growing older individuals. Another variable in determining relationships between size and age is the environmental conditions individuals inhabit where some will exceed in growth much faster than others. Measuring telomere length is another genetic marker of age that is effective in vertebrates; however, in lobster, there is a surplus supply of telomerase that constantly repairs the chromosomal DNA caps, telomeres, after replication making lobster functionally immortal.  rDNA methylation adds methyl groups to the DNA and a decline in methylation over a linear relationship will show aging. This creates an epigenetic clock with next-generation sequencing that can allow for DNA methylation across a whole genome. The results showed a significant linear relationship between the percentage of rDNA methylation in claw tissue and that rDNA methylation could be a potential cost-effective genetic marker for fisheries management. This epigenetic clock is less accurate in older individuals and the current age structure of the population is still extremely difficult to predict due to the wide range of potential ages among individuals and this experiment was only done for individuals between 0 to 51 months.