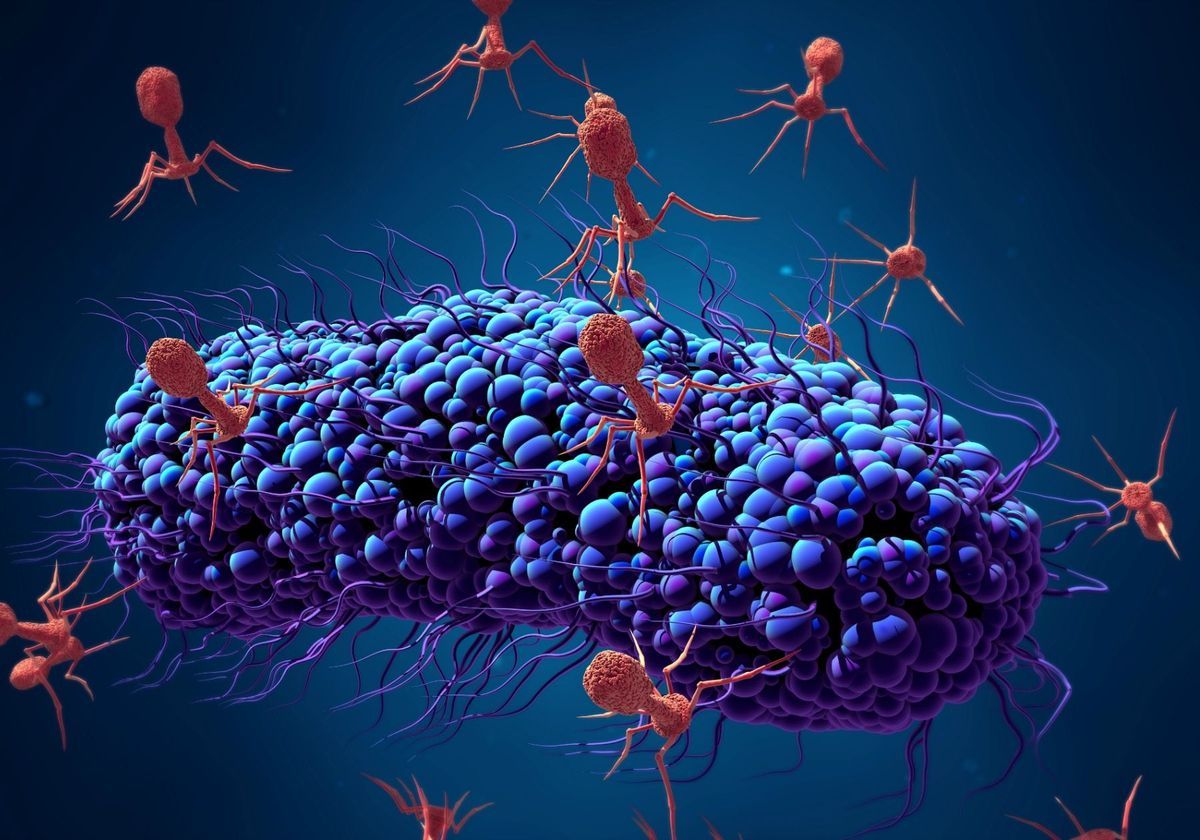 Some bacteria are able to survive after a virus infiltrates them, but most of the microbes end up crippling themselves anyway. This information proved useful in the ability to treat infections. The Shigella flexneri bacterium causes the infection shigellosis which causes tissue damage by spreading in the gut lining by getting through cell barriers. Research shows that when the Shigella flexneri evolved to elude a virus that was killing it, the bacterium could no longer spread as much and became less virulent.

This shows hope for effective phage-therapy where bacteriophages which are viruses that only kill bacteria can be used to treat antibiotic resistant infections. The issue is that bacteria can further evolve to be resistant to phages as well. Some phages are able to latch to the bacterial proteins and impair the microbe's function to make them less deadly. This can decrease symptoms and cause less severe issues. In a sense, phages and bacteria are in an evolutionary arms race which will be interesting in future treatments for antibiotic-resistant microbes.