Twins sharing a Chemical Marker on their DNA 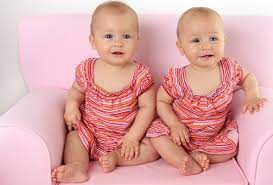 Twins not only share similar sequences of genomes but share the same chemical properties that influence gene expression. These markers are called epigenetic tags and they are used to identify identical siblings that were separated from birth. Van Dongen and her colleagues observed epigenetic differences along 450,000 sites of the genome. They compared fraternal twins to identical twins to get more of a precise understanding of how identical twins may have more similarities than just genomes, and it would rule out any epigenetic changes that will originate from any unusual experience. For identical twins, they saw that 834 spots were similar in chemical markers. These markers included similar centromere and telomere regions. Other marks were identified were near genes that regulate early development. Because researchers don't know what causes a cleavage to form during the formation of identical twins, they believe chemical markers can be utilized to study the aftermath of the cleavage formation and to get a better understanding of how cleavage occurs.