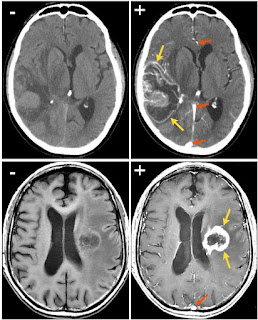 A new study of 70,000 adults revealed that those who are genetically predisposed to insomnia have an increased risk of brain bleeds, more commonly known as aneurysms. Those who have genetic insomnia are 24% more likely to experience aneurysms, which are usually fatal within 24 hours.

This study centered around lifestyle choices, but also focused on the IL6R gene, which is responsible for the interleukin‐6 receptor (IL6R). Disruptions or mutations in this gene are associated with chronic insomnia. This gene also enables exposure to other genetic diseases such as multiple myeloma, autoimmune diseases, and prostate cancer.

In general, any sleeping disorder leads to higher blood pressure, so doing research to try to solve the root cause of these sleeping disorders will greatly help lower the rate of aneurysms. However, it is unclear that this specific gene is the only genetic factor responsible for an increased risk of aneurysms.

Posted by Oliver Baumeyer at 2:07 PM