A Vegetarian Diet May or May Not Prevent Strokes Study Finds 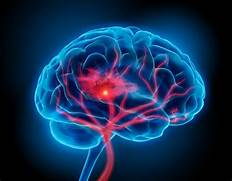 A vegetarian diet rich in soy, nuts, and vegetables may lower the risk of having a stroke researchers in Taiwan suggest.  A link between two different types of strokes were studied in relation to a vegetarian diet.  A hemorrhagic stroke, which blood bleeds into the brain from an artery, and an ischemic stroke, in which a blood vessel gets blocked and limits flow to the brain.

Roughly 795,000 people in the United States suffer from a stroke and it is the second main cause of death globally with 4% being Americans.  While studies may suggest that vegetarians are more likely than non-vegetarians to have a stroke, an experiment was run in Taiwan to test this.

13,000 participants in Taiwan were studied and had an average age of 50 years old.  They were split into two groups and the first group was followed for 6 years, the second for 9, and none had a history of strokes.  30% of the participants were vegetarian and .25% were male.

With there being many factors at play, studied suggest an overall healthy lifestyle can limit any type of stroke in the human body.