A Tool Kit to Help Scientists Find the Ultimate Chickpea 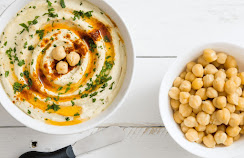 In this New York Times article, a group of researchers sequenced the genomes of over 3,000 chickpeas, making it one of the largest plant genome sequencing efforts ever done. The goal of this research is to bring diversity back into the plant's genes. Modern varieties of the plant are low in genetic diversity due to all chickpeas being descendants of a relatively small group in southeastern Anatolia region in Turkey from a thousand years ago. This low genetic diversity has put chickpeas at risk from diseases and climate change. This can prove disastrous for developing countries as chickpeas are a staple crop in said countries. India, for example, is the world's largest producer of chickpeas, growing more than 10 million metric tons in 2019 alone. Using the genes sets identified in this study as well as having different sets of genes represented in modern chickpea population could help protect the plant against crop failure and different pressures such as drought, flooding, and disease.

Posted by Xavier Ramirez at 8:13 PM