Not All Identical Twins Have Identical Geneotypes 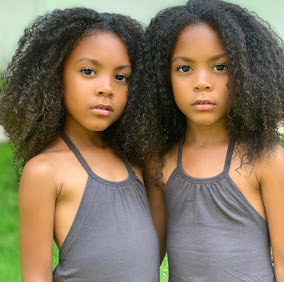 Iceland researchers recruited 381 sets of identical twins and found that only 38 pairs possessed the same exact genes. On the other hand, most of the twins had many genetic differences and 39 pairs of twins had more than 100 differences in their genes. On average the pairs of twins differed by approximately 5.2 gene mutations. These differences were likely determined before birth, before, or just after one embryo split to become two. Many mutations arise because the enzyme tasked with copying our DNA makes mistakes, and if the mistakes are not corrected, it results in gene variability among the pair. Mutations discovered in the newly studied twins infer that embryos do not split in half neatly when the two twins are formed. Hence, the more uneven the split of the embryo, the greater the gene difference will be between the twins.

Some of these mutations, likely given to one of the twins only, can be bold and hapless. In nearly three-quarters of cases of monozygotic twins having an autoimmune disease, only one twin is affected. This is called, “disease discordance,” and includes conditions like hemophilia, multiple sclerosis, and Duchenne muscular dystrophy. Rarely, some "identical" twins may even end up with differing sex chromosomes. Monozygotic twins, as they should be called, may appear identical at first glance, however, very complex dynamics are at play under the surface.

Article: Some identical twins don’t have the exact same DNA

Article: Identical Twins Are Not Identical